Can taking a cold shower actually boost your testosterone level? Well, this is the question to which you will get a totally different answer depending on who you ask. I read an article written off cold shower benefits as complete bullshit; I’ve read articles that said talking cold shower giving you damn near superpower. In this article, I will tell you the evidence based on the truth. There is one thing I know for sure is that days that I start with a cold shower, it’s always going more productive than the day I don’t. Let’s dive in.

A cold shower might be all the rages these days but cold water therapy has been used and recorded since the time of the Ancient Greek, Ancient Egyptian and Ancient Rome as well. In fact, Hippocrates who is considered the father of modern medicine regularly prescribed bathing in cold water spring as a treatment for a variety of different condition. Furthermore, the ancient Spartan warriors used to submerge in ice-cold water as a mean to boost their vitality and their mental toughness. The Native American used to put their actually little babies into cold water. There was an anecdote about a guy sawing a mother putting her baby into the cold water spring when he asked her why she was doing that, she told him that: “I’m making my baby brave”. The Native American was in touch with the benefits that cold water immersion has. Cold water therapy was used since ancient time. But the mention of plumbing and water heating, it eventually began to fade away. By the 19th century, it became a lost art. Until there was an Austrian man, nameVincent Priessnitz who resurfaced what we today know as hydrotherapy.

With that being said, a lot of scientific research is actually driven by financial incentives. Cold water is cheap, isn’t owned by anyone, no one owns the rights to it so that, it leads to the fact that not many big companies or interest group will sponsor it. There is no financial incentive in sponsoring a study that shows a cold shower will increase the testosterone level. There’s no money being made.

This is where anecdotal evidence becomes very important and I’m pretty sure that if you do simple research on the internet, you will find out many people say taking a cold shower has changed their life, and I am one of them. 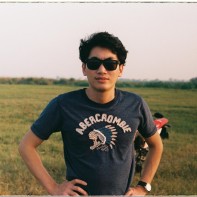